Not all sharks and rays give birth to live young – in fact many of the worlds sharks actually lay eggs! However, shark and skate eggs don’t quite look like the chicken egg that comes to mind with the word egg, but instead they are often called mermaids purses as they appear to be quite leathery with handles when washed up on shore!

One of the main differences between rays and skates is that true ray species like the Stingray give birth to live young whereas the true skates, such as the Thornback Ray(!) for instance lays eggs. Some species of ground shark also lay eggslike the Catshark and Bull Huss, these can be identified by their curly tendrils, for wrapping them around seaweed.

One way you can help elasmobranch conservation is by looking out for these eggcases and recording where you find them. This can help scientists estimate populations and identify possible habitats for the different species, just by identifying these eggcases!

Search your shoreline and see how many you can find.

Be sure to take pictures and go to the following link: https://marinedimensions.ie/reporting-mermaid-purse-sightings-2/ for ROI

onto the https://www.sharktrust.org/great-eggcase-hunt for other regions. 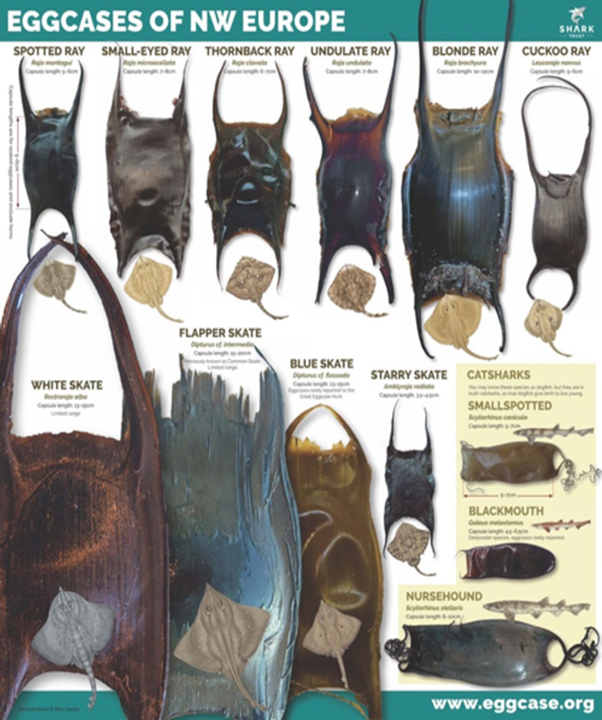