Gentoo penguins are a very distinctive looking penguin, with a bright orange beak, a white stripe over the head and  peach-pink feet. They are the third largest penguin species in the world, reaching a height of between 70-90 cm.

They are found on the Antarctic Peninsula, and the islands that surround it. Here at Oceanworld our penguins live in a purpose-built enclosure, in temperatures between 6-11 degrees Celsius, which varies as the seasons change. The penguins also enjoy a snow machine that produces snow every day for them to play in, and snack on (for fresh water).

They eat a variety of foods including different types of fish, krill, and squid. Feeding time is a must-see event. They are fed three times during the day.

They have a yearly breeding season, where they build nests out of rocks and twigs. Males attract females with gifts of stones and by “trumpeting” skyward. The female lays 2 eggs, then the male and female take equal turns incubating the eggs. Eggs hatch after 35 days. Once again, the parents take equal turns in feeding and raising the chicks. By around 2 months of age the chick has fully grown and leaves the nest to join the colony as an adult.

Gentoos are the fastest swimming bird in the world. They reach speeds of 35 km/h. They can also dive deeper than 100m, holding their breath for up to 7 minutes. They are very athletic on land, able to outrun humans, and climb sheer rock faces using the strong claws on their feet. 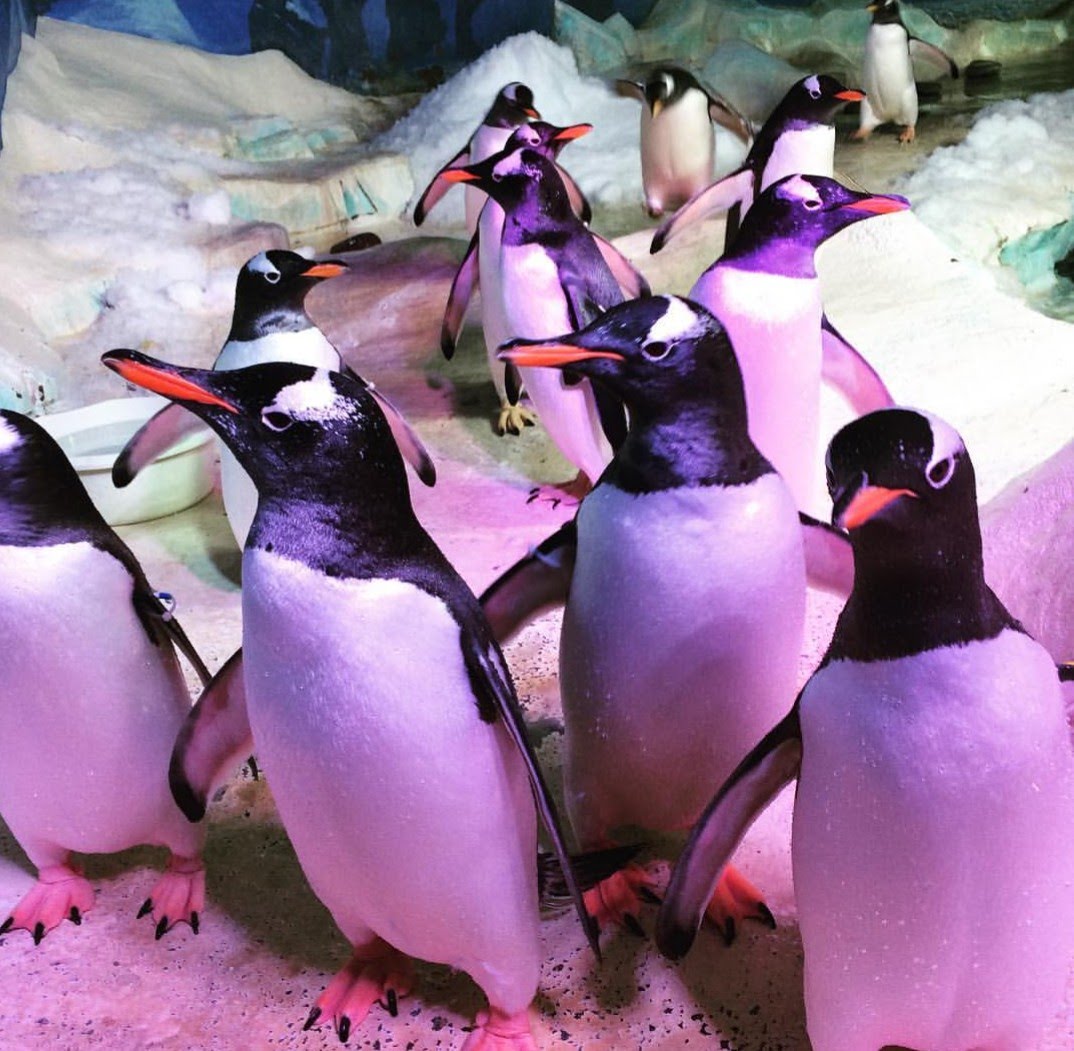